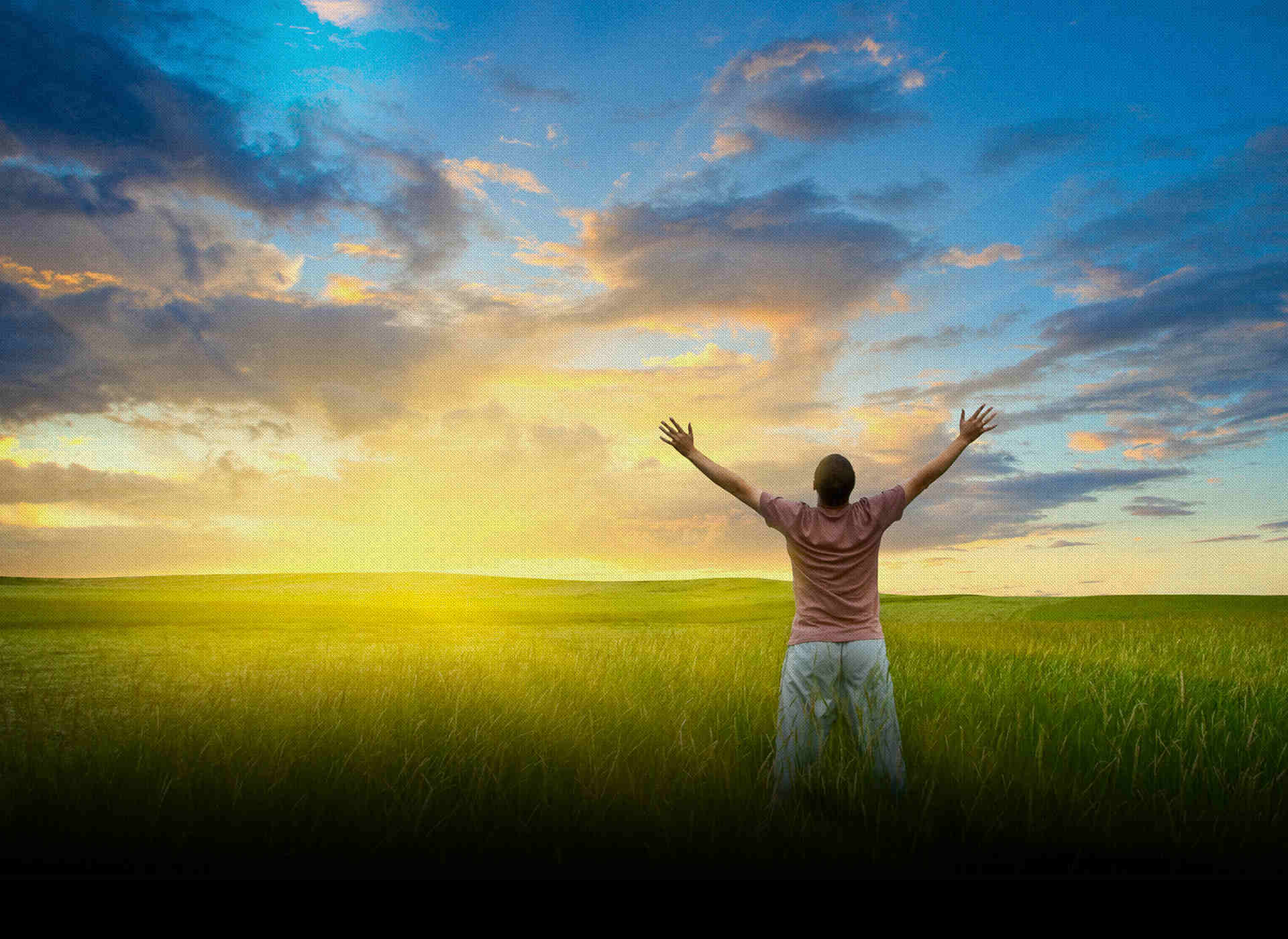 I want to be free!

Who does not want to be free?

Free to feel, to think, to live own life, to choose which education I want.

Freedom of what, how, where, with whom and on what conditions I work; how and by what I inform myself;  where I live; where I travel; who are my friends and partners.

Yet, the common sayings are: there is no complete freedom; nobody can have everything; no pain, no gain.

Freedom must be subordinated to security; we experience how freedom is more and more sacrificed to “protection against terror”.

Can a human completely be free?

What does the Bible say?

The answer is YES!

Who is the Son?

“She will give birth to a son, and you are to give him the name Jesus, because he will save his people from their sins.” (Matthew 1:21)

“The next day John saw Jesus coming toward him and said, “Look, the Lamb of God, who takes away the sin of the world!” (John 1:29)

“For God so loved the world that he gave his one and only Son, that whoever believes in him shall not perish but have eternal life.” (John 3:16)

“For my Father’s will is that everyone who looks to the Son and believes in him shall have eternal life, and I will raise them up at the last day.” (John 6:40)

“While he was still speaking, a bright cloud covered them, and a voice from the cloud said, ‘This is my Son, whom I love; with him I am well pleased. Listen to him!’” (Matthew 17:5)

“In the same way, Christ did not take on himself the glory of becoming a high priest. But God said to him, ‘You are my Son; today I have become your Father.’” (Hebrew 5:5).

Do we still have to do anything to be free (to be freed)?

“Very truly I tell you, whoever hears my word and believes him who sent me has eternal life and will not be judged but has crossed over from death to life.” (John 5:24)

“Forgive us our sins, for we also forgive everyone who sins against us.” (Luke 11:4)

Romans chapter 5, 6 and 8 give us a crystal clear explanation that we ARE ALREADY FREE from sins through Jesus, our saviour.

“Therefore, since we have been justified through faith, we have peace with God through our Lord Jesus Christ, through whom we have gained access by faith into this grace in which we now stand. And we boast in the hope of the glory of God. Not only so, but we also glory in our sufferings, because we know that suffering produces perseverance; perseverance, character; and character, hope. And hope does not put us to shame, because God’s love has been poured out into our hearts through the Holy Spirit, who has been given to us.

Since we have now been justified by his blood, how much more shall we be saved from God’s wrath through him! For if, while we were God’s enemies, we were reconciled to him through the death of his Son, how much more, having been reconciled, shall we be saved through his life! Not only is this so, but we also boast in God through our Lord Jesus Christ, through whom we have now received reconciliation.

Therefore, just as sin entered the world through one man, and death through sin, and in this way death came to all people, because all sinned — To be sure, sin was in the world before the law was given, but sin is not charged against anyone’s account where there is no law. Nevertheless, death reigned from the time of Adam to the time of Moses, even over those who did not sin by breaking a command, as did Adam, who is a pattern of the one to come.

The law was brought in so that the trespass might increase. But where sin increased, grace increased all the more, so that, just as sin reigned in death, so also grace might reign through righteousness to bring eternal life through Jesus Christ our Lord.“ (Romans chapter 5)

“What shall we say, then? Shall we go on sinning so that grace may increase? By no means! We are those who have died to sin; how can we live in it any longer?

Or don’t you know that all of us who were baptized into Christ Jesus were baptized into his death? We were therefore buried with him through baptism into death in order that, just as Christ was raised from the dead through the glory of the Father, we too may live a new life.

For if we have been united with him in a death like his, we will certainly also be united with him in a resurrection like his. For we know that our old self was crucified with him so that the body ruled by sin might be done away with, that we should no longer be slaves to sin — because anyone who has died has been set free from sin.

Now if we died with Christ, we believe that we will also live with him. For we know that since Christ was raised from the dead, he cannot die again; death no longer has mastery over him. The death he died, he died to sin once for all; but the life he lives, he lives to God.

In the same way, count yourselves dead to sin but alive to God in Christ Jesus.

For sin shall no longer be your master, because you are not under the law, but under grace.

What then? Shall we sin because we are not under the law but under grace? By no means! Don’t you know that when you offer yourselves to someone as obedient slaves, you are slaves of the one you obey — whether you are slaves to sin, which leads to death, or to obedience, which leads to righteousness? But thanks be to God that, though you used to be slaves to sin, you have come to obey from your heart the pattern of teaching that has now claimed your allegiance.

You have been set free from sin and have become slaves to righteousness.

I am using an example from everyday life because of your human limitations. Just as you used to offer yourselves as slaves to impurity and to ever-increasing wickedness, so now offer yourselves as slaves to righteousness leading to holiness. When you were slaves to sin, you were free from the control of righteousness. What benefit did you reap at that time from the things you are now ashamed of? Those things result in death!

But now that you have been set free from sin and have become slaves of God, the benefit you reap leads to holiness, and the result is eternal life.

For the wages of sin is death, but the gift of God is eternal life in Christ Jesus our Lord.” (Romans chapter 6)

“Therefore, there is now no condemnation for those who are in Christ Jesus, because through Christ Jesus the law of the Spirit who gives life has set you free from the law of sin and death. For what the law was powerless to do because it was weakened by the flesh, God did by sending his own Son in the likeness of sinful flesh to be a sin offering. And so he condemned sin in the flesh, in order that the righteous requirement of the law might be fully met in us, who do not live according to the flesh but according to the Spirit.

But if Christ is in you, then even though your body is subject to death because of sin, the Spirit gives life because of righteousness. And if the Spirit of him who raised Jesus from the dead is living in you, he who raised Christ from the dead will also give life to your mortal bodies because of his Spirit who lives in you.” (Romans 8:1-11).

“But if we walk in the light, as he is in the light, we have fellowship with one another, and the blood of Jesus, his Son, purifies us from all sin.” (1 John 1:7)

“My dear children, I write this to you so that you will not sin. But if anybody does sin, we have an advocate with the Father—Jesus Christ, the Righteous One. He is the atoning sacrifice for our sins, and not only for ours but also for the sins of the whole world.” (1 John 2:1-2)

“No one who is born of God will continue to sin, because God’s seed remains in them; they cannot go on sinning, because they have been born of God.”  (1 John 3:9)

“I write these things to you who believe in the name of the Son of God so that you may know that you have eternal life.” (1 John 5:13)