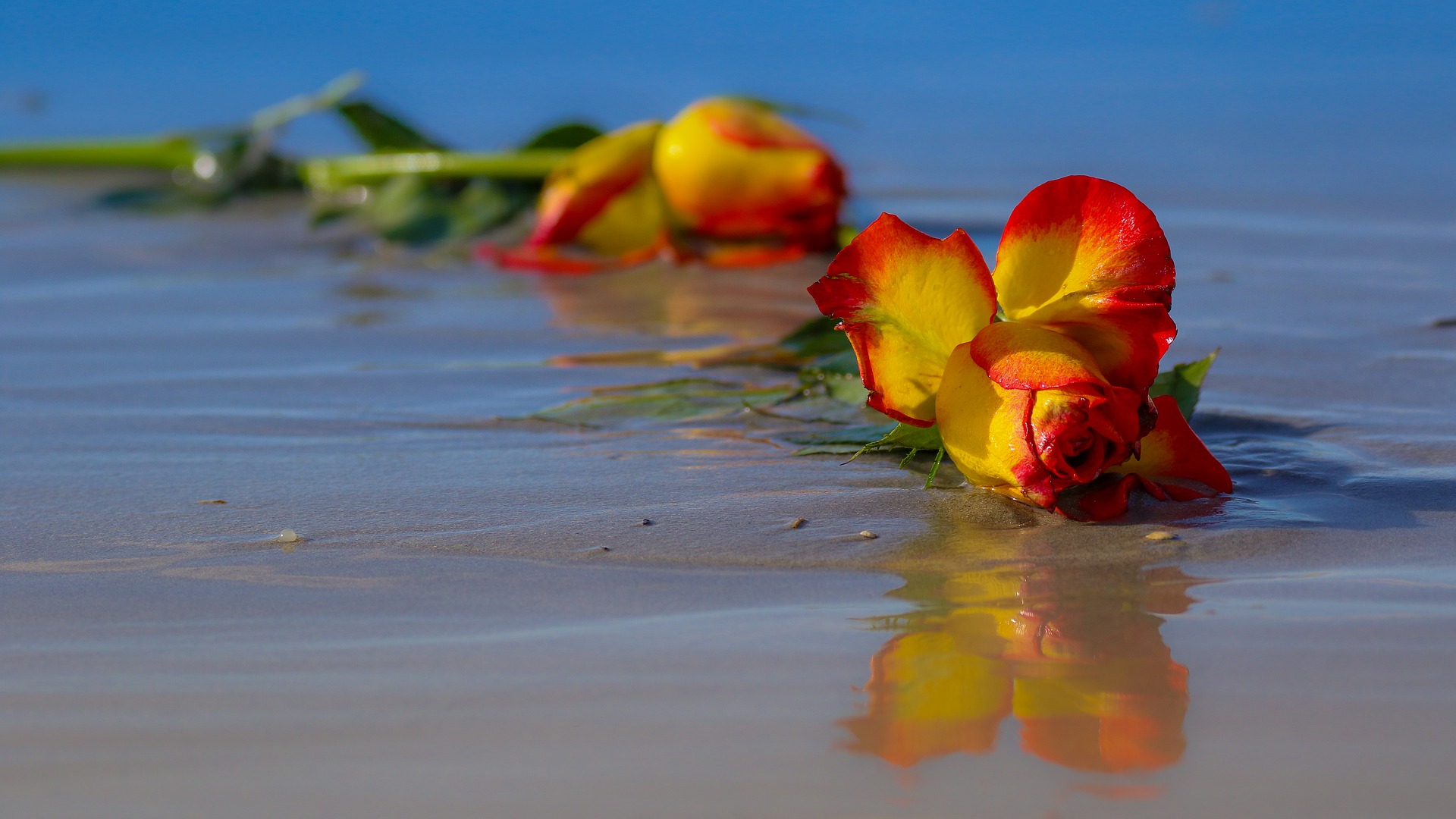 The Bible states clearly what happens when a person dies.

Man is made of dust and returns as dust to earth:

“and the dust returns to the ground it came from, and the spirit returns to God who gave it.” (Ecclesiastes 12:7)

So, in the regard to his physical state, man returns to the earth as dust. But what is the meaning of the spirit mentioned in the verse above?

Here, the Hebrew word “ruach” (Hebrew: ר֫וּחַ) is used which is very common in the Old Testament. Mostly it has the meaning of “spirit“, but sometimes also of wind, breath, exhalation, etc.

It is astonishing and significant, however, that this term “ruach” does not have the meaning of an independent form of being in any of the many Bible passages which – separated from human being – has an independent existence or personal feelings.

When the “ruach” goes back to God, man dies. This happens in all other living things which also have the “ruach” of God:

“Surely the fate of human beings is like that of the animals; the same fate awaits them both: As one dies, so dies the other. All have the same breath; humans have no advantage over animals. Everything is meaningless.” (Ecclesiastes 3:19)

“When you hide your face, they are terrified; when you take away their breath, they die and return to the dust. When you send your Spirit, they are created, and you renew the face of the ground.” (Psalm 104:29,30)

Thus, the spirit goes back to God in the death. Therefore, a body without spirit is dead:

“As the body without the spirit is dead, so faith without deeds is dead.” James 2:26

A dead person has neither consciousness nor feeling:

“For the living know that they will die, but the dead know nothing; they have no further reward, and even their name is forgotten. Their love, their hate and their jealousy have long since vanished; never again will they have a part in anything that happens under the sun.” (Ecclesiastes 9:5,6)

It should also be borne in mind that the believers will not receive the reward of their works directly after their death, but later at the resurrection of the righteous:

“and you will be blessed. Although they cannot repay you, you will be repaid at the resurrection of the righteous.” (Luke 14:14)

The unrighteous will also receive the reward of their deeds later, on the day of judgment:

“if this is so, then the Lord knows how to rescue the godly from trials and to hold the unrighteous for punishment on the day of judgment.” (2 Peter 2:9)

The believers will be resurrected at the time of Christ’s second coming:

“But each in turn: Christ, the firstfruits; then, when he comes, those who belong to him.” 1 Corinthians 15:23

Since a dead person, like a sleeping person, no longer has any sense of time and can also be awaken (by God), the Bible likens the state of death to sleep:

“After he had said this, he went on to tell them, “Our friend Lazarus has fallen asleep; but I am going there to wake him up.” His disciples replied, “Lord, if he sleeps, he will get better.” Jesus had been speaking of his death, but his disciples thought he meant natural sleep. So then he told them plainly, “Lazarus is dead,” (John 11:11-14)

There is an awakening from this dead sleep as mentioned above, but later on the last day:

“Jesus said to her, “Your brother will rise again.” Martha answered, “I know he will rise again in the resurrection at the last day.” (John 11:23-24)

Even the great people of the Old Testament, with the exception of Enoch, Moses, and Elijah who were taken to heaven in advance, will not be resurrected until the last day:

It was said to Daniel, “As for you, go your way till the end. You will rest, and then at the end of the days you will rise to receive your allotted inheritance.” (Daniel 12:13)

It was said about David, “Fellow Israelites, I can tell you confidently that the patriarch David died and was buried, and his tomb is here to this day. … For David did not ascend to heaven, …” (Acts 2:29,34)

In summary, Paul tells us about this important issue:

“Brothers and sisters, we do not want you to be uninformed about those who sleep in death, so that you do not grieve like the rest of mankind, who have no hope. For we believe that Jesus died and rose again, and so we believe that God will bring with Jesus those who have fallen asleep in him. According to the Lord’s word, we tell you that we who are still alive, who are left until the coming of the Lord, will certainly not precede those who have fallen asleep. For the Lord himself will come down from heaven, with a loud command, with the voice of the archangel and with the trumpet call of God, and the dead in Christ will rise first. After that, we who are still alive and are left will be caught up together with them in the clouds to meet the Lord in the air. And so we will be with the Lord forever. Therefore encourage one another with these words.” (1 Thessalonians 4:13-18)